Are You Finally Ready to Participate in Your Own Rescue?

These 8 steps can help YOU to GET UNSTUCK, TODAY!

At this point, It doesn't matter how you ended up where you are right now...the more important question is: "ARE YOU TIRED OF BEING THERE, AND WILL YOU TAKE ACTION TODAY to get UNSTUCK!"

Click Here to Take Control of Your Life Again!
There's More to Your Story! 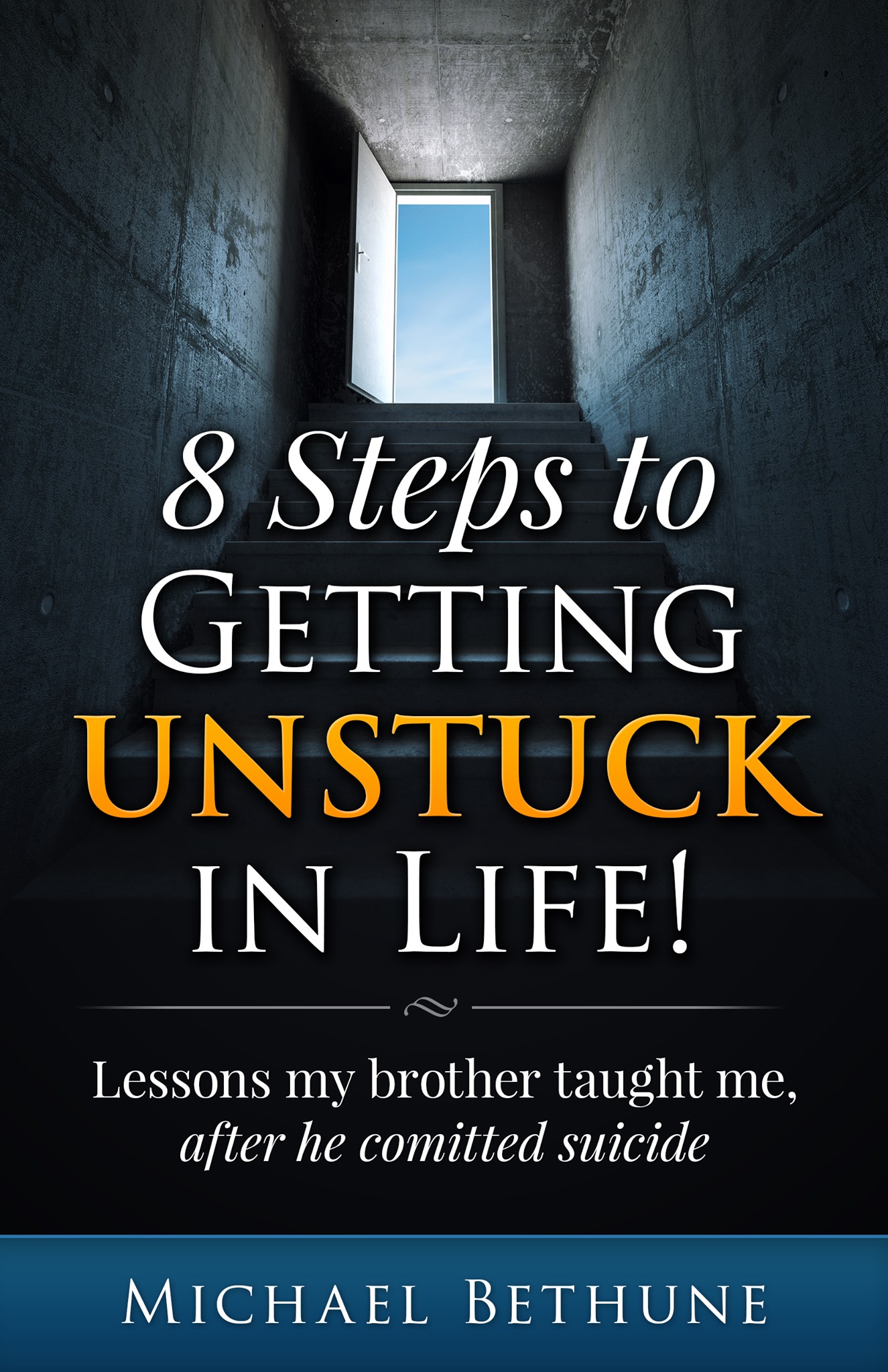 STOP PROCRASTINATING AND GET UNSTUCK TODAY!

YOU'LL GET INSTANT ACCESS TO INFORMATION THAT WILL HELP YOU GET UNSTUCK & CHANGE YOUR LIFE, IF YOU APPLY IT!

Addressing the Danger of Silent Suffering!

Where You Are, Never Defines Who You Are!

Becoming A Rebel: How to Rebel Against the Thing(s) That Are Keeping You Stuck in Life!

How to Stop Existing Beneath Your Full Potential

How to Reprioritize Your Life & Rid it Of the Toxic and Debilitating Baggage (people included)!

How to Reinvent Yourself and Begin Living Life at Your Full Potential!

How much are you willing to invest in yourself to CHANGE YOUR LIFE?

Go ahead and take the step NOW to get instant access to this information TODAY for only $7.99!

Click Here to Take Control of Your Life Again!

I'VE TAUGHT THIS VERY SAME INFORMATION TO A FEW THOUSAND PEOPLE ALREADY, AND THOSE THAT APPLIED IT TO THEIR LIVES, ARE THE ONE'S THAT HAVE GOTTEN UNSTUCK, BECAUSE THEY WERE TIRED OF BEING WHERE THEY WERE IN LIFE, AND KNEW THAT THEY COULD DO BETTER! 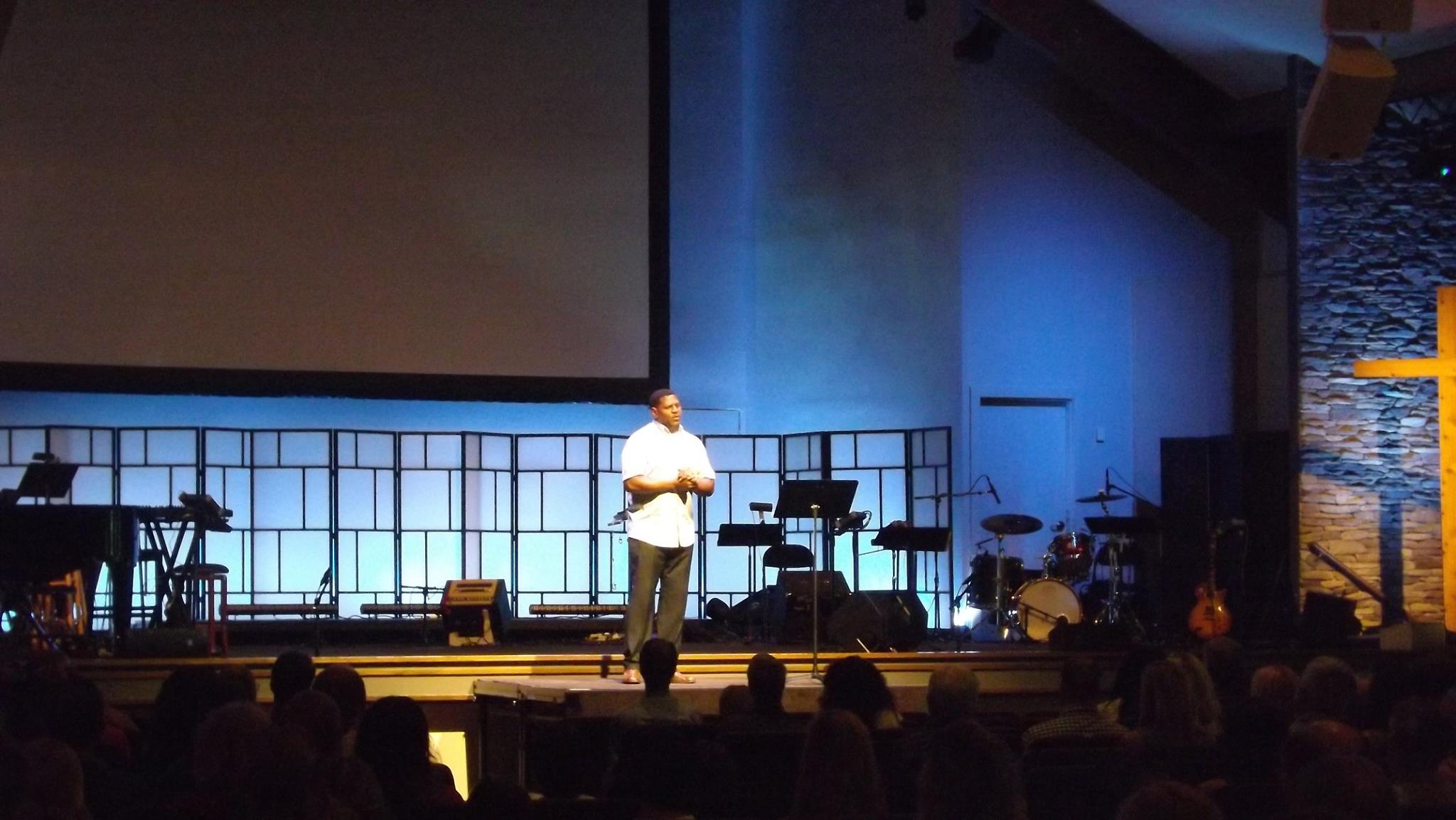 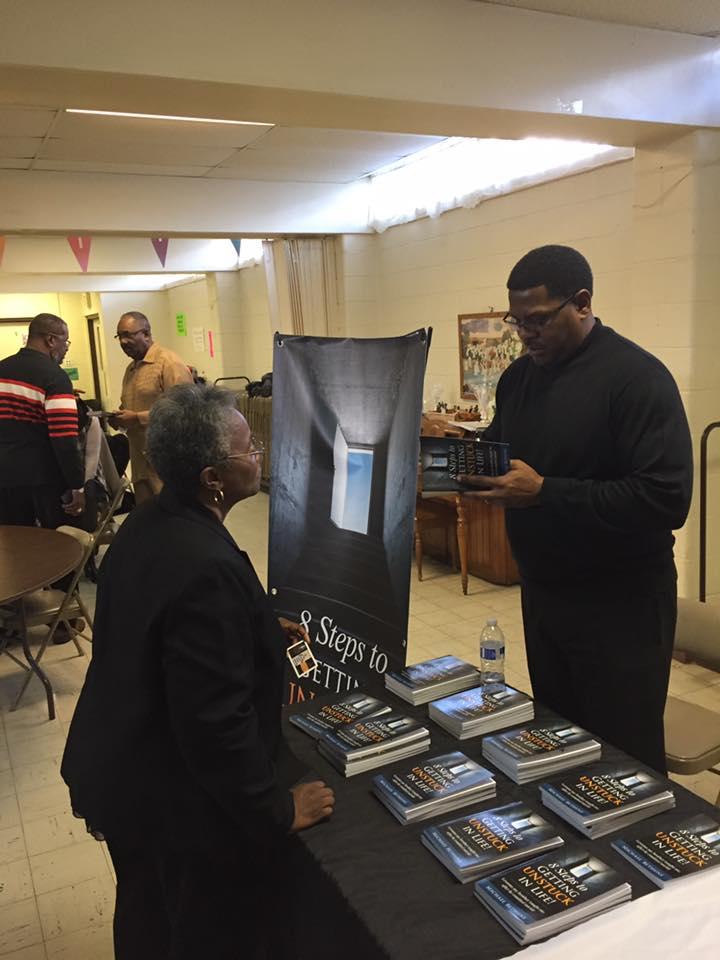 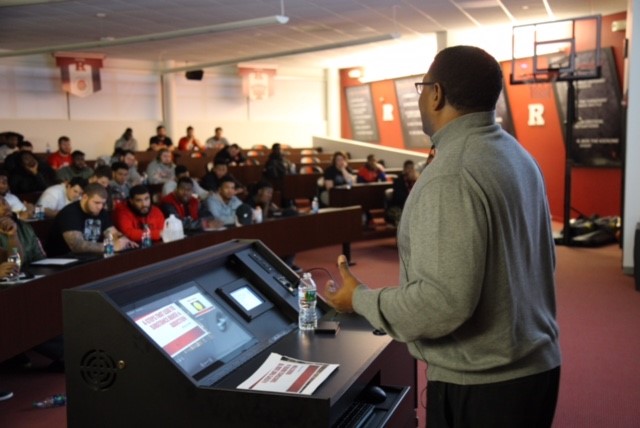 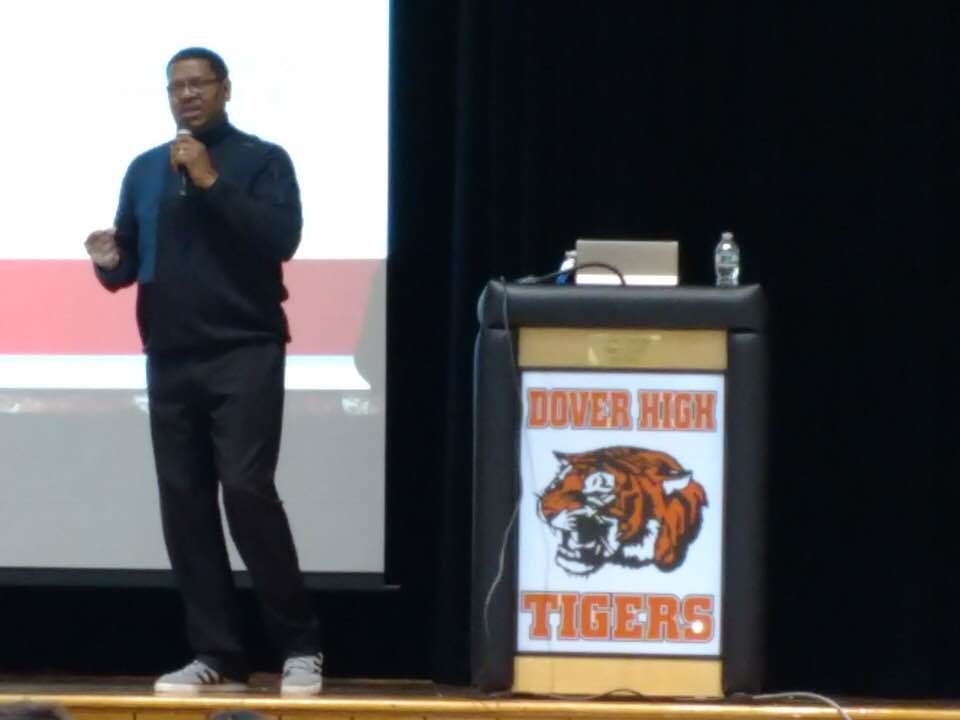 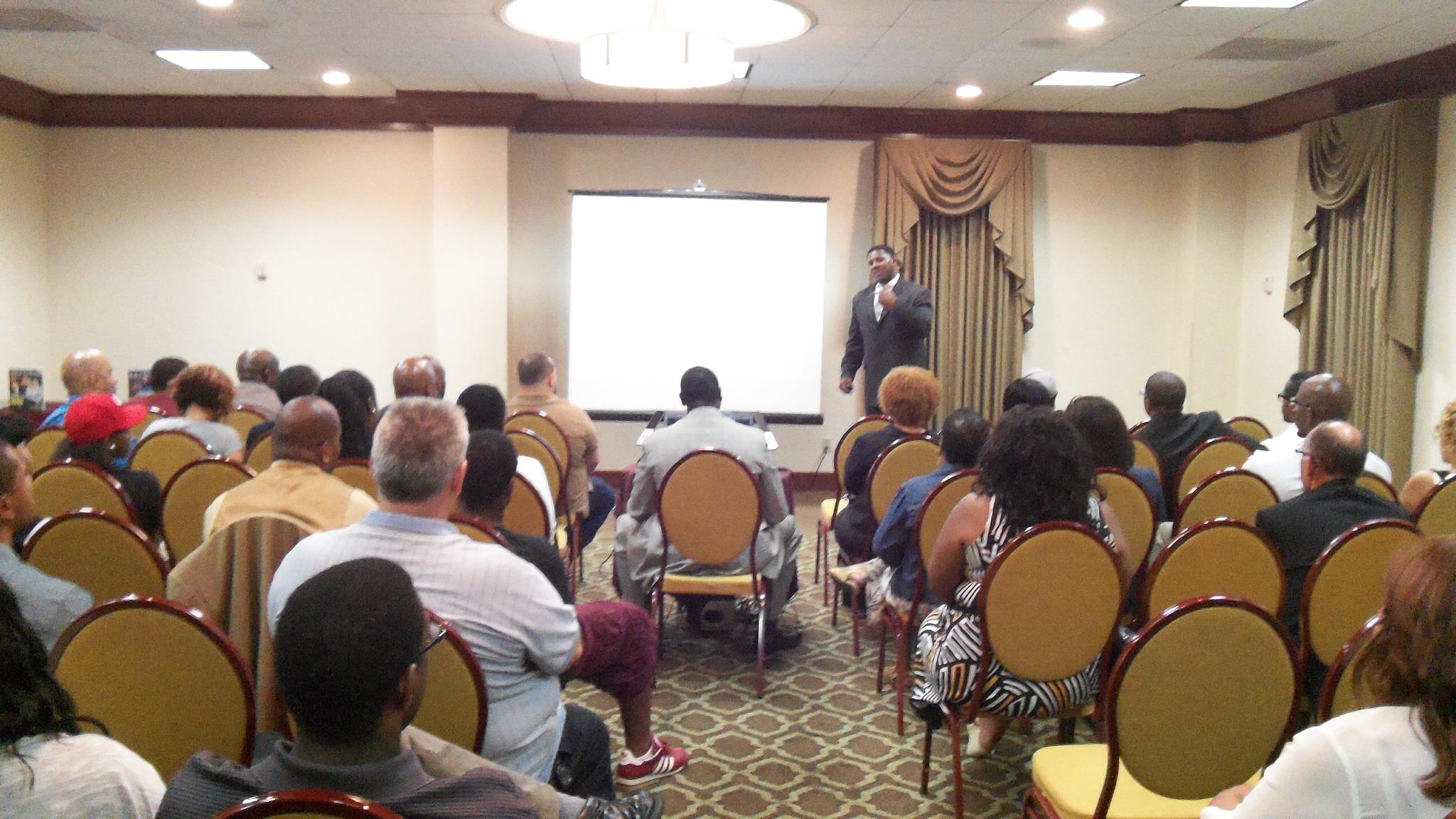 ...And to Good-Hardworking People Like You, That Are Doing Your Best to Make It...But Just Need a Little Help to Get UNSTUCK! 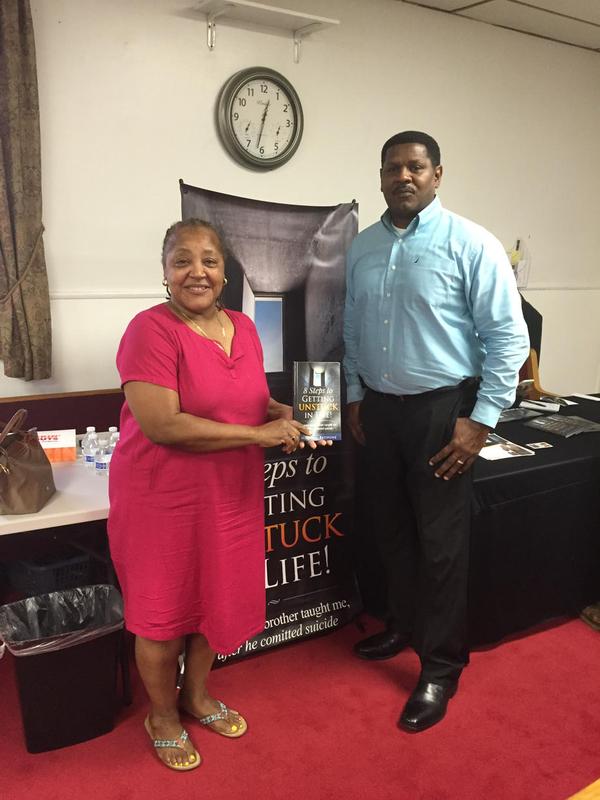 I've shared this information with people from every imaginable walk of life!

From NFL players and coaches, to business people, to people struggling with various addictions, to couples having marital problems, to people that had just lost their jobs, to average every-day people that get up everyday and bust their busts so that their families can get ahead, only to stay stuck in the same ole rutt for years, because they just didn't know how to get out of it! Then, after applying the steps in my book, they finally start moving ahead in life!

8 Steps to Getting UNSTUCK in Life IS FOR ANYONE who is honestly ready and fully committed, to doing the hard work that is required to get unstuck, and to begin moving their life forward!

You simply have to be sick and tired of being STUCK, and totally ready to begin participating IN YOUR OWN RESCUE!

There is no magical formula here, but those that put the hard work in and apply the steps to thier everyday lives...WILL GET RESULTS!

WHY I WROTE THIS BOOK

I wrote this book through my tears and my pain, after identifying the reasons that my brother Ron took his own life a few years ago. My conclusion was that he did it because he found himself STUCK in Life, after becoming depressed as a direct result of having been let go from a job that he loved, a job that he was loyal to for a long time.

His depression eventually led to despair, and despair led to the unthinkable, all because he got STUCK, and didn't reach out to get the help that he so desperately needed.

For the record, this is not a book about suicide and depression, its a book that can help anyone that's STUCK in Life for any reason!

Remember, there's no shame in getting stuck in life, it happens to the best of us. However, what is shameful, is to stay stuck, when help is available! GET UNSTUCK TODAY! 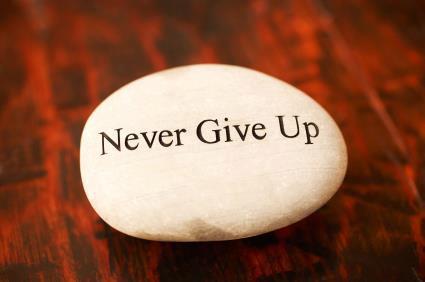 Well, that's pretty much it...IT’S TIME FOR YOU TO ACT NOW!

I don't have any fancy funnels or hoops for you to jump through before you checkout, in an attempt to manipulate you out of your money...I mean, it's $7.99!

As you can see from the photos above (and I say this humbly), I've been paid significant income to go into these colleges, universities and businesses to share this very same information, that I'm giving to you today for $7.99!

So why am I giving it to you for such a low price? Simple, because I genuinely want to see you get UNSTUCK, and begin to move towards your true potential in this life!

My brother Ron will never get that opportunity, but you have it, so TAKE ACTION NOW!

All I have is some real, proven, LIFE-CHANGING help for you, that's it!

GO AHEAD AND PLACE YOUR ONE-TIME $7.99 ORDER BELOW TO GET INSTANT ACCESS TO THIS INFORMATION...THEN GO TO WORK AND PARTICIPATE IN YOUR OWN RESCUE!

I'm a straight shooter, so again, as I said earlier, there is no magical formula here, but I CAN GUARENTEE, that anyone who puts the hard work in, and applies the steps to their everyday lives...WILL GET RESULTS!

Go ahead and take the step NOW to get instant access to this information TODAY for only $7.99!

CLICK BELOW, AND BEGIN PARTICIPATING IN YOUR OWN RECSUE...FOR LESS THAN A GOOD CUP OF COFFEE!

Click Here NOW to Take Control of Your Life Again!

Simply put, Michael Bethune is a grateful grace recipient who returns the favor daily by helping to change the lives of others. After returning home as a young, disoriented military veteran (having served in a life-threatening environment), he needed help getting readjusted. Through some good counseling, faith, and family support, his healing process began to take place...SO HE KNOWS FIRSTHAND, WHAT IT IS TO BE STUCK IN LIFE!

His personal story of perseverance, resiliency, and overcoming, serves to further authenticate and concretize the importance and validity of his message and life's work.

For well over two decades now, Mike has served in key leadership roles in churches, rescue missions, homeless and domestic violence shelters for women and children, programs for homeless youth that have aged out of foster-care, served as a counseling and referral source for fellow veterans, provided counseling and direction for those struggling with varying addictions, and so much more!

Michael is a 2X-published author, he has also delivered messages and many keynote addresses for several NFL teams over the years. Some of those include the last 3-Super Bowl Champion New York Giant Teams, the Denver Broncos, the Los Angeles Rams, Tennessee Titans, Baltimore Ravens, Tampa Bay Buccaneers, Buffalo Bills, and the Atlanta Falcons, to name a few. He has also presented in many college and university settings.

Here's a few brief testimonies from those that Michael has presented for:

“Powerful! My guys and my coaches and I really appreciated what you had to say, especially the part about the possibility of our setbacks becoming setups for something better, if we perceive them correctly. Thank you very much!” - Greg Schiano, Head Coach, Rutgers University Football / Current NFL Coach - Tampa Bay Buccaneers

“Thank you so much, you’ve challenged and inspired our students in ways that no professor ever could have, and you’ve encouraged the hearts and minds of the staff as well - including mine!” Michelle Sheridan, Director, Seton Hall University

In short, Mike has helped (and continues to help) countless people of all backgrounds, age-groups, ethnicity, and socio-economic standing to "GET UNSTUCK" from their most painful life's difficulties...this is what Mike is well known for. 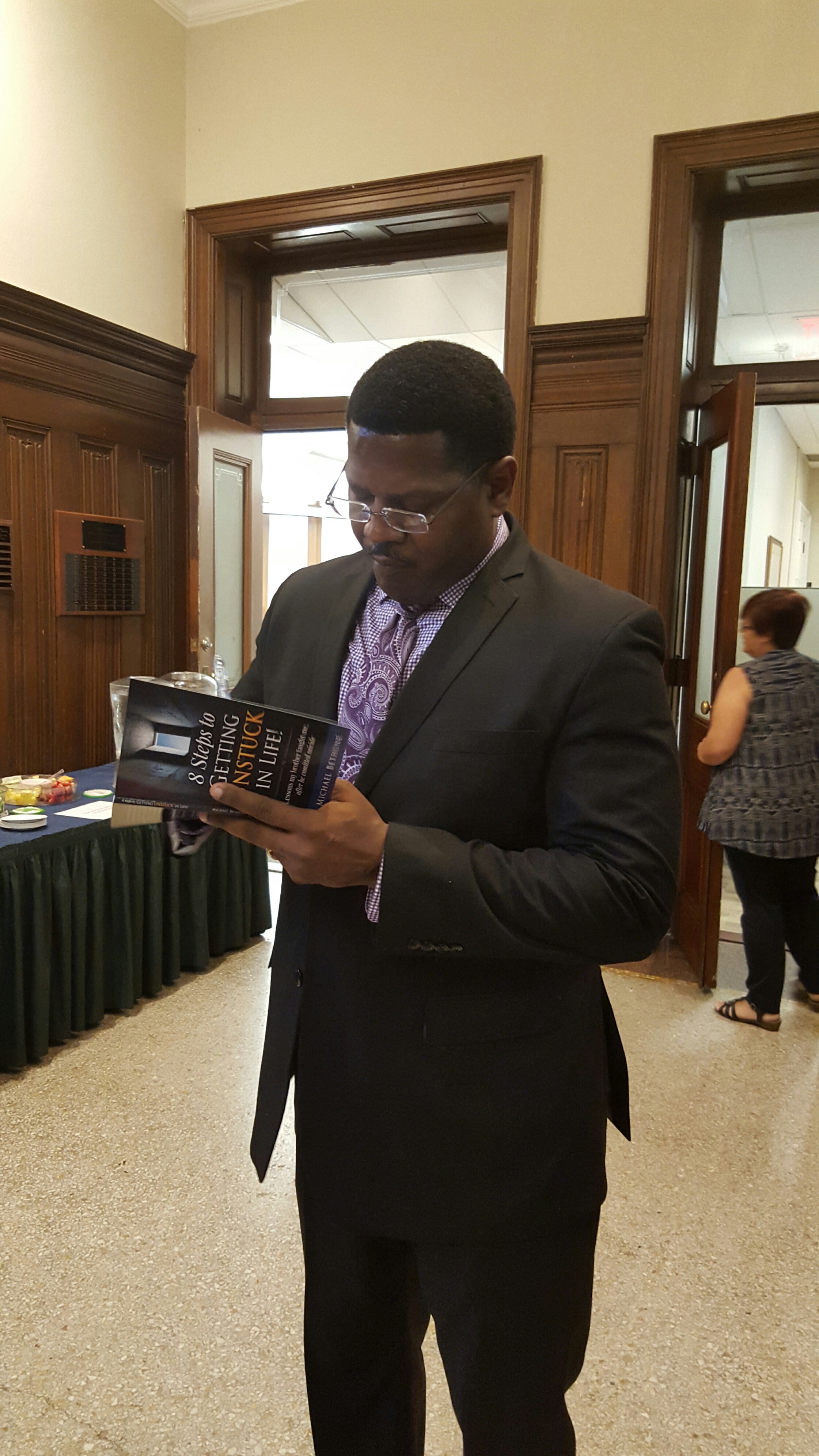 GO AHEAD AND INVEST IN YOURSELF FOR A CHANGE! MAKE YOUR ONE-TIME $7.99 PURCHASE NOW!

© 2020 8 Steps to Getting UNSTUCK IN Life. All Rights Reserved

MAKE YOUR PURCHASE NOW AND START CHANGING YOUR LIFE! RESULTS GUARANTEED, FOR ALL THAT ALLPY THIS INFORMATION TO THEIR LIVES.